by Briars of North America 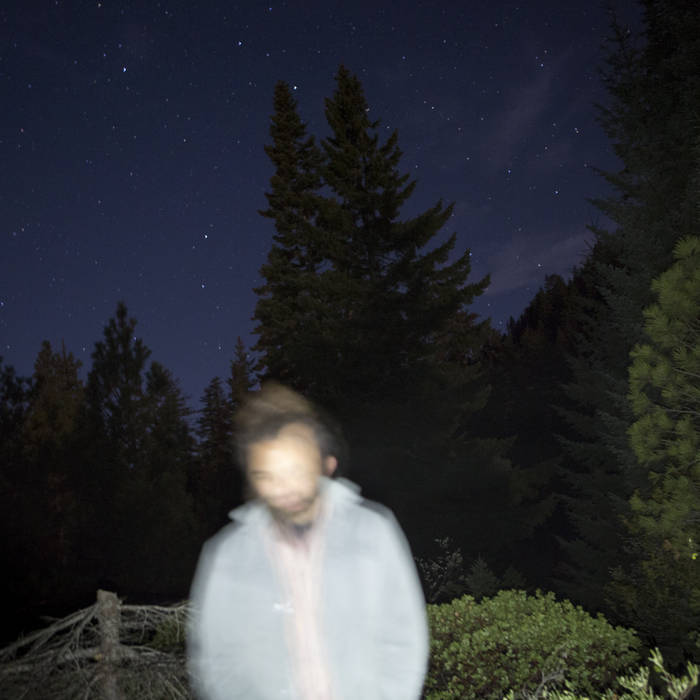 Gerrit Wessendorf Beautiful album, and what an amazing range of emotions, styles, influences. You can't assume you know the whole album after listening to one track. Each track is a little surprise, and a beautiful gem of a surprise. And yet all tracks work so well together to make a great album. Very happy to have found this album :)

Briars of North America work at their own pace, with release plans guided more by equinoxes and solstices than any conventional music industry wisdom. The core trio includes two long lost cousins and a friend. Their new album Supermoon exists at the crossroads of ambient, indie and so-called new music — delivered with the precision of chamber music, the emotional transparency of folk, and the weight of ritual. It is their first release on Brassland, to be followed by reissues of two earlier records from the 2010s.

The founding members are cousins Gideon Crevoshay and Jeremy Thal who initially met through a pair of family funerals—first in their teens, while mourning Gideon's grandmother, then again in their early 20s at the memorial for Jeremy's grandfather. After realizing they were both living in the same New York City borough, Gideon's ever-humorous father said, with a dead-pan expression: "If you two don't hang out, I will come to Brooklyn and murder you both."

As it turns out, they forged an inseparable bond through frequent travel and artistic collaboration, first by founding a free-improv collective, and then under the aegis of Found Sound Nation. FSN is a non-profit Jeremy co-founded a decade ago in collaboration with New York's new music organization Bang on a Can, which connects people across countries and cultures to make music together. FSN's best-known project, OneBeat, brings together citizens of the world to create original music and leverage the power of art for social good. Together and individually Gideon and Jeremy have led FSN workshops throughout the United States and as far afield as Turkey, Haiti, Zimbabwe, Russia, and Kyrgyzstan. Settings for these workshops have ranged from New York City's notorious Rikers Island prison to the Big Ears Festival to a TED Conference to the Rugova mountains of Kosovo. If Briars of North America has a reason for being, it is as the forum through which they metabolize the wide array of musical practices they've encountered during these travels.

Jeremy and Gideon first began making music together as Briars of North America in 2009 (a sister band to the Thistles of North America, which never made it out of the aughts). Greg Chudzik entered the Briar orbit soon after. A first-call classical and new music bassist, Greg is also a member of the Signal and Talea ensembles and has collaborated with influential contemporary music composers such as Steve Reich and Pierre Boulez and independent-minded outsiders such as Dan Deacon and Radiohead's Johnny Greenwood.

Jeremy and Gideon have also worked in an intriguingly diverse range of settings, often with historically significant collaborators. Hailing from the hills of Vermont's Northeast Kingdom, Gideon is a student of traditional and ancient forms of singing from places such as the Caucasus, the Mediterranean, and the rural US. He has performed as part of the Bread and Puppet Theater, and recently became a company member with downtown legend Meredith Monk. From the swamplands of south-central Wisconsin, Jeremy’s background mixes training in classical French horn and experience playing with some of the heavyweights of American indie rock. He played on The National’s now-classic album High Violet, and was the sole new member of Neutral Milk Hotel when they reformed between 2013-15 -- famously playing the bagpipe solo on “untitled” which brought down the house down during each night’s encore. Briars of North America made their big-stage debut while serving as the opening act for a week of Jeff Mangum’s solo tour dates in 2013.

"I play music because it draws together all the disintegrating strands of life into something palatable, comprehensible, moving," says Jeremy. "Music conjures the spirit behind both suffering and joy and holds it for a second, a unique singularity in an expanding cosmos. Plus, it’s a good way to spend time and communicate with people. If we can get people to dance or cry, it feels like we’ve been in deep conversation, even if we would have nothing to say to each other in normal life. We aspire to create music that exists in a ceremonial space, where emotions crystallize and structures like time and emotion become malleable."

We work at our own pace, with release plans guided more by equinoxes and solstices than any conventional wisdom. We are two long lost cousins Jeremy Thal and Gideon Crevoshay and a friend, Greg Chudzik. Our music exists at the crossroads of ambient, indie and so-called new music—delivered with the precision of chamber music, the emotional transparency of folk, and the weight of ritual. ... more

Bandcamp Daily  your guide to the world of Bandcamp